Start where you are

I have always felt a somewhat inexplicable urge to do something impactful, to somehow add a small contribution to a larger movement in the direction of a better, more hopeful future. While I can now spend time and effort on selecting projects that strike me as meaningful, I used to feel occasionally frustrated that my day job wasn't doing enough on the important challenges.

In retrospect, I think I didn't have the right view. And here is why. Back in 2005, we relocated to California to begin the amazing journey that was WORKDAY. I had never been part of a fast growing start-up from the very beginning, the sky was the limit. My remit was to build cloud-based application software for large multinationals to administer and pay their employees and manage their financials. Lots of juicy technical and organisational challenges and just an unbelievably strong team to tackle them with. Strong in skills and strong in ethics.

But coming from Munich, I felt a hefty mismatch between my German 'wash out your yoghurt cup and recycle' self and the carefree 'we throw batteries in the trash' style. It bugged me to no end. So I started pestering people to carry their recyclables into the break room and bring me all their eWaste. Very quickly, we ended up with so many empty soda cans, I had to buy a can crusher. One Friday night, I bumped into our CEO in the elevator carrying two large plastic bags full of compressed cans and he urged me to tell him if I wasn't paid enough to make my living. In fact, in 2007 I made over $400 in California Refund Value in my weekly trips to the recycling station in Walnut Creek. But people pitched in. They did their bit as soon as it was made easy and fun and they had learned the reasons as to why it mattered.

This was the start of the Green Team at Workday. I was hoping to establish this pattern in a more formal way and move beyond the "don't let Ralf catch you doing that" narrative. Quickly we assembled like minded people from all parts of the company and dreamed up projects in our quarterly gatherings. What would matter the most, we asked ourselves.

As a cloud computing company, we replaced our customers' often outdated and inefficient hardware with state of the art machines running in our data centers. Several customers could share one physical server. This already provided huge savings in energy consumption. But it also allowed us to offset all the CO2 emissions of the energy consumed in our data centers by Renewable Energy Credits. Use less, offset the rest. With a well prepared business case in our hand, we could quickly convince our management team to spend a few thousand dollars annually. They were on board because it was simply the right thing to do, their employees cared deeply and, most importantly, it also resonated with our customers. It just made sense. With all the growth that followed, Workday has remained 100% green powered.

But not only that. Thinking more holistically, over the years we created a comprehensive eWaste program, replaced bottled water with water filters, introduced compostable cutlery, ran informational lunch sessions for employees and much more. All of these activities were documented and reported in our first company CSR report, a true milestone for the Green Team.

When it was time for me in 2014 to close the Workday chapter in my professional book, I was extremely happy that my long time Green Team partner Eric Hansen took on the sustainability leadership role. Workday has broadened and deepened its commitment to sustainability and it has become an unremovable part of its DNA. It has inspired employees and customers alike to jointly be part of the solution. Now Workday is an industry leader creating new sustainability solutions with like-minded partners.

I truly did not see that coming when I started out collecting soda cans from 10 developers back in 2005. But you never know. You can only start where you are and take one step at a time. My efforts at Workday may well be the biggest positive impact I will have achieved. And all the while, I was thinking I need to be somewhere else to make a bigger dent somehow. It is my firm believe that everyone can make contributions small and large right where they are. In fact, by changing existing companies from within, we can make the existing overall system less harmful, which is the most expedient way to results. We clearly need large systemic change overall, but we don't have a different system readily available yet, so let's improve the one we have. Starting right where we are. There are no 'greener pastures' over there... 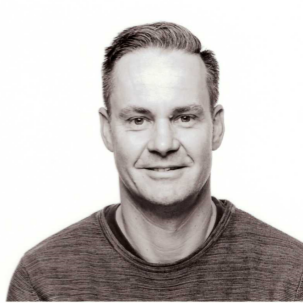 Looking for ways to align my portfolio with my values and beliefs.